Last night we all had fun meeting each other and enjoyed a traditional British Barbecue. Traditional & British because the sun decided to disappear. That having been said it did not rain but stayed warm. Students enjoyed the food that was expertly cooked by the Social Activities Staff and then played games in the school garden to help them get to know each other. After a bit of nervousness at the start eventually everyone played and had fun.

The next day (today) all students made it into school for the first day of teaching in their classes which went well. In the afternoon some students decided to play basketball but the majority decided to cook English Muffins and cakes. This went well and even some of the teachers were allowed to have some! They were left wanting more!!! 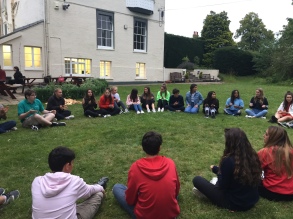 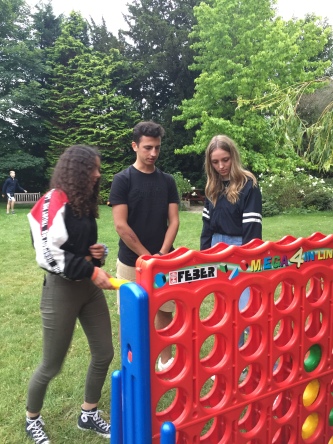